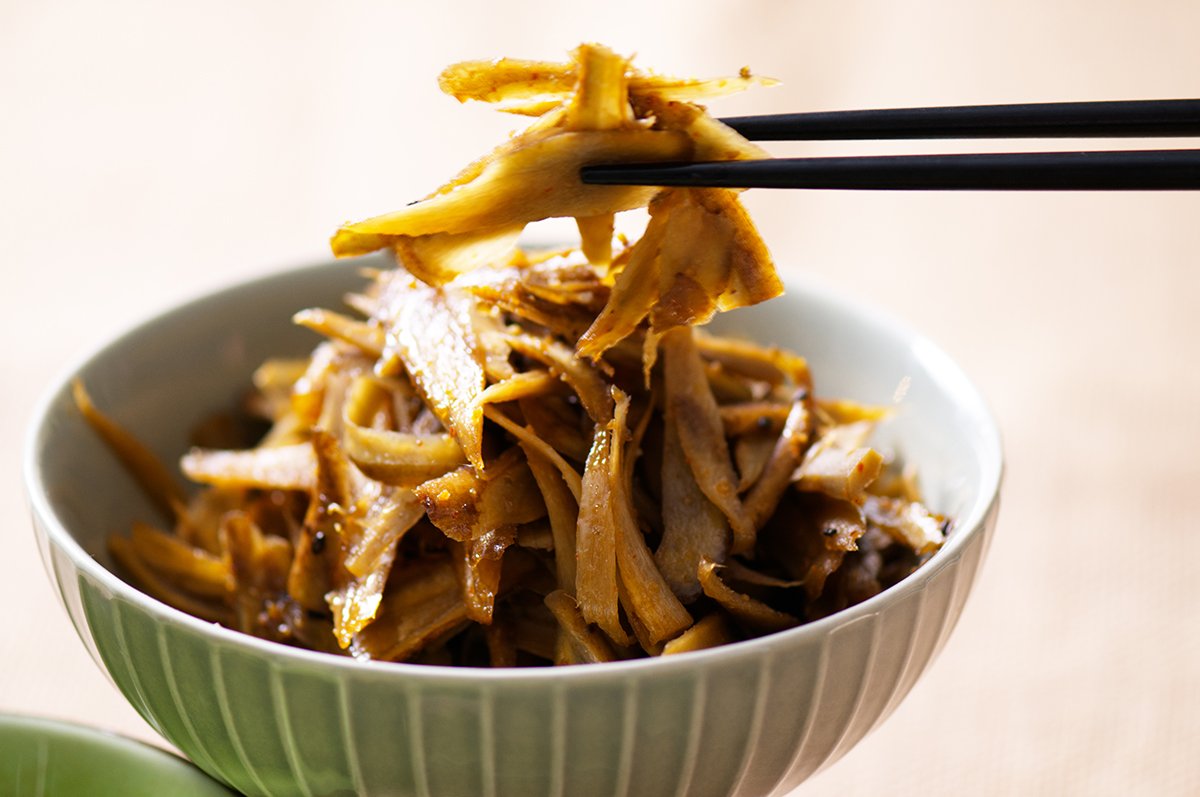 Unless you have a Japanese mother, it’s pretty unlikely that you’ve ever had Kinpira Gobo. It’s the kind of Japanese home cooking that isn’t well known outside of Japan. In fact, I rarely see burdock root prepared in the states at all, and that’s a real shame. It is packed with health benefits, credited with everything from aiding digestion to preventing cancer.

Burdock root is a quintessential Japanese vegetable and features prominently in many traditional dishes. One of the reasons why is that it is incredibly versatile. It works well in soups and stews, braised dishes, fried in fritters, or blanched and eaten like a salad. Moreover, it plays nicely with other vegetables as wells as different kinds of meats. Burdock root has a very crunchy texture that softens the longer it cooks and an earthy, almost sweet and smoky flavor. Sounds intriguing, right? Well it’s also delicious and I think it’s time you got to try this very easy Japanese dish.

Kinpira Gobo takes only 5 simple ingredients, and cooks in about 10 minutes. But don’t be fooled, it’s intensely flavorful thanks to heavy hitters like togarashi and toasted sesame oil. It’s a perfect side to a variety of meats and fish, or combine it with a couple other veggie dishes and enjoy a meatless meal. What is Burdock Root? Burdock is a thin, long root vegetable grown throughout Asia. It is a cousin to the artichoke, but it’s really not that similar in flavor or texture. I cut it into pieces for easier storage, but when you purchase it in the Asian grocery stores, they will look like long skinny branches. Look for burdock that is plump and stiff, not shriveled or pliant.

When young and more tender, it can be eaten raw. Older roots though are generally cooked. Since it is a root vegetable, it can be pretty dirty; make sure to wash and scrub thoroughly. I use a clean scrub pad that’s only for vegetables, which I find more thorough than a vegetable brush.

I typically use a knife to pare off slices of the burdock root, sort of like whittling a piece of wood. The pieces need to be soaked in water immediately and kept there until you’re ready to cook them. This keeps the burdock from oxidizing and turning brown. Alternately you could julienne it. (Either way, you will need a very sharp knife. Have you subscribed yet? Not only will you never miss a recipe, but you will also receive my tutorial on proper knife sharpening.)  If you have left over burdock root, try it in Sukiyaki Noodles. Once the burdock root is prepped this dish comes together very quickly. First the burdock is stir fried with the togarashi, and then it is briefly braised in a mix of soy sauce, mirin, and water. Finally to plate, sprinkle with toasted sesame seeds and/or extra togarashi. If you want to make an Asian inspired plant based feast, pair my Kinpira Gobo with  this Roasted Cauliflower with Creamy Dipping Sauce, and Funky Spicy Green Beans. There will be so many exciting flavors and textures, no one will miss the meat. When you try this recipe, let us know!  Leave a comment, rate it, and tag us in your photos, @funkyasiankitchen. Show us the goods! 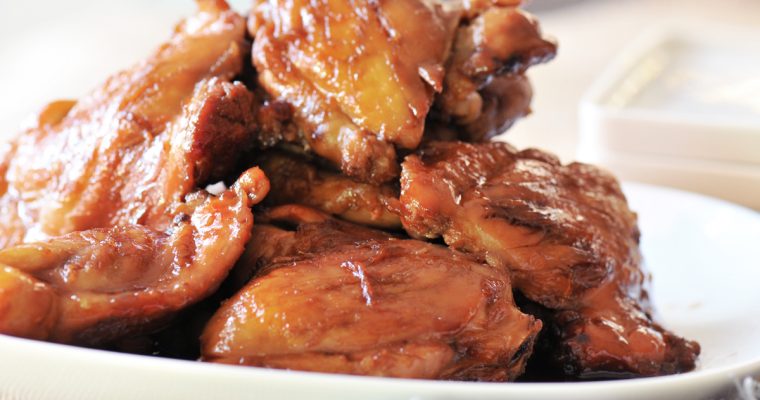 JChicken Teriyaki is the most family friendly meal on the planet.  I mean, have you ever met anyone who doesn’t like teriyaki? My recipe is super fast and requires very little prep.  You can make it a complete meal with a side of rice and […] 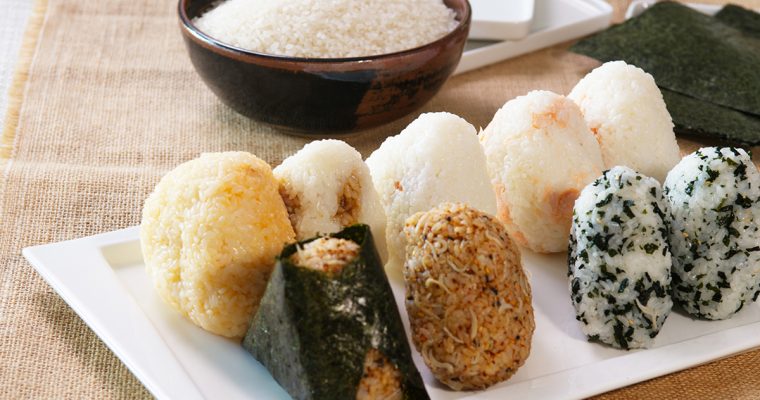 JJamaica has meat patties. Argentina has empanadas. India has samosas, and Japan has omusubi. Omusubi Rice Balls are a savory handheld snack. They are enjoyed throughout the day in Japan, as a quick lunch or on the run snack. They are a shelf stable, portable […]